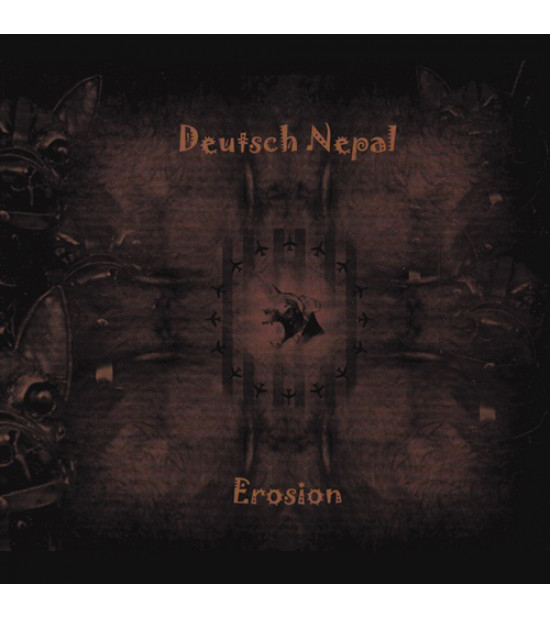 This is probably the most depressing Deutsch Nepal album, earlier released as a limited edition by Staalplaat company, now has again become available to a wider audience. Genial project author Der General has made a remark sometime ago that during the recording of Erosion there persisted the feeling that this is the last work of Deutsch Nepal after which nothing will remain... perhaps only death. This almost came true as Deutsch Nepal went silent after the recording for nearly 10 years.

Now the masterpiece of melancholy clad in an elegant digipack (the design was made by the author himself) and with an enhanced sound triumphantly opens the golden worlds to the audience again. The worlds where breathing becomes harder each moment and where you feel only like a small useless toy.