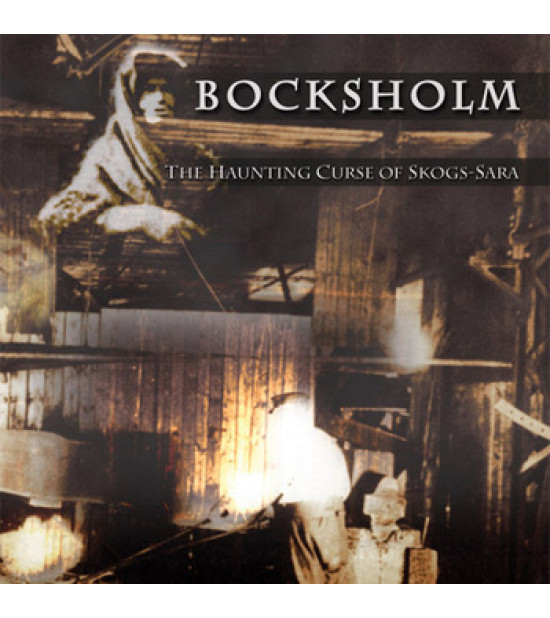 There is a legend that says Skogs-Sara lived in the forest called Osterskogen. Though a virgin she bore a child named Frans Enoch. Soon after the birth three nude gay men arrived bearing gifts for Frans Enoch the bastard; black cloggs, an orange thermal Helly Hansen sweater and snuff. In his later years Frans Enoch preached that one day two men would come named Peter Andersson and thereafter the city of Boxholm would be forever doomed. The citizens of Boxholm did not believe Frans Enoch and crucified him in the forest and left him to die alone. Skogs-Sara was furious and put a curse on the citizens by letting the two named Peter Andersson be born. With their project called Bocksholm they would terrorise the citizens for all-time!

The Haunting Curse Of Skogs-Sara includes hidden bonus track found by searching backwards from track one - it sits in the minus area behind this!