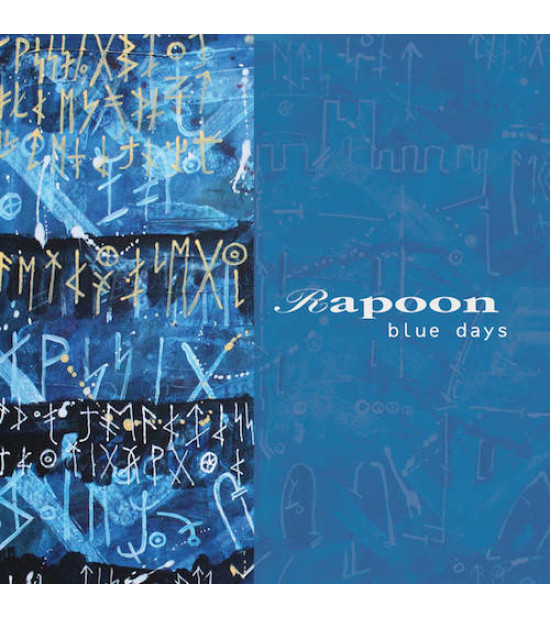 After three well-received, new albums (“Time-loop Anomalies” [2012], “To West and Blue” [2013] and “Fall of Drums” [2014]) and a series of reissues and archive collections, Rapoon returns to Zoharum with a brand new album. “Blue Days” is completely different from those previous releases. While on those three albums long, slowly developing compositions dominated, here there are as many as fourteen of them with the longest being less than eight minutes long, and the two shortest only forty seconds long. This is a record of ideas, sketches. The album is dominated with conciseness; however, all the songs compose one bigger piece. They show that Robin Storey is constantly looking for new artistic paths.

The cover is based on paintings by Robin Storey and the design was handled again by Maciej Mehring. “Blue Days” was mastered by Maciej Bartkowiak (who was the mastering engineer on previous Rapoon releases).

The CD is housed in gatefold sleeve in the vein of Japanese-style vinyl replica and is strictly limited to 500 copies.