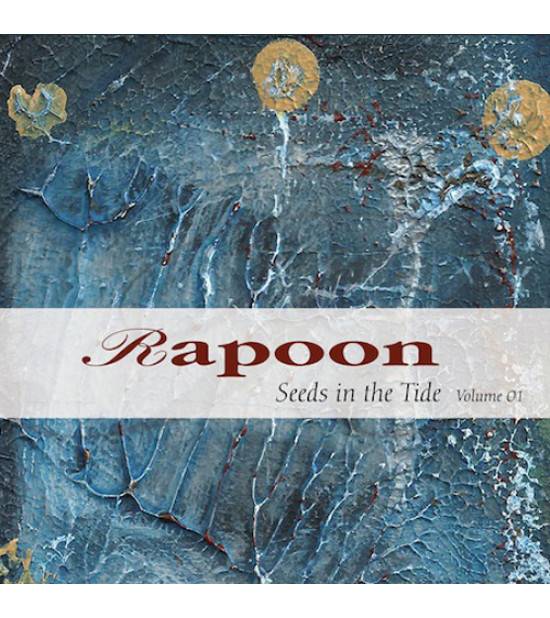 Rapoon - Seeds In The Tide Vol.1

2012 marks the 20th anniversary of the solo work from the extraordinary Robin Storey, recording under Rapoon. Since the release of his debut album "Dream Circle", Robin has been exploring the potential of post-industrial ambinece infused with his own enhanced use of ethnic sounds. Robin has been inspired by such contemporary experimentalists such as Karlheinz Stockhausen and Can and Faust, two heavy weights of krautrock to utilise trial and error techniques to sculpt his master soundscapes. Robin has produced around 50 albums to date which are sometimes harsh in nature, evocative or even gloomy. This CD was prepared in the Zoharum headquarters in Poland and is the first volume in a series of archive releases celebrating the 20th year of Rapoon's existence. "Seeds in the Tide" will collect all the rare tracks released on either compilations or that appeared in rare or limited formats.

The first disc is entitled "Keepsakes and Oddities" and contains tracks recorded between 1993 and 1999. The second is a re-issue of the ultra limited CDR version of the well known "Messianicghosts" album which includes the original version of the four tracks that were significantly different from later releases. The tracks have been faithfully restored by Maciej Bartowiak. The cover painting is by Robin Storey himself . This is the first volume in the series. Zoharum will be releasing the next volume covering rare tracks from 2000 - 2003, possibly next year.