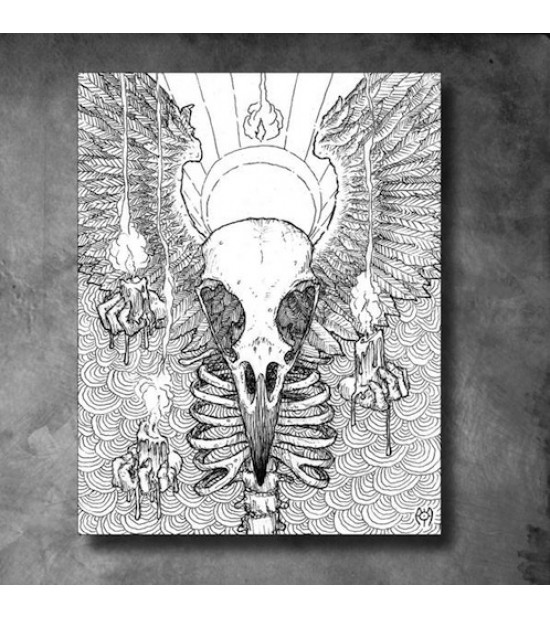 The Floating World – The Apparition

The Floating World is the solo project of Amanda Votta. Begun in 2005, three albums have been released so far; Full Sturgeon Moon (Hand/Eye 2005), Unda (Barl Fire 2005) and River of Flowers (Foxglove 2006), appearing as well on a few compilations. Amanda has also collaborated with Gustaf Hildebrand in Lacus Somniorum, as well as with Far Black Furlong and New Risen Throne. She also has a band, Secrets to the Sea, with Neddal Ayad from Desolation Singers. The Apparition is Amanda Votta’s attempt to capture that moment when things are other than what they appear to be, when a sound is not just a sound, a voice not just a voice. The liminality of certain places, things, sounds, people, experiences, apparitions in their own right as they are neither here nor there serves as inspiration for our endeavor to reach for that which we cannot see. Just as it was the sound of Iokanaan’s voice that transfixed Salome, the sound and the words, we have blended sound and words to mimic that experience.

The Apparition takes its name from the painting by Gustav Moreau depicting the apparition of Iokanaan appearing before Salome, a vision only she sees, that exists in a space between that which we see and that which cannot be seen. On this album Amanda is joined by Neddal Ayad (Desolation Singers/Great Attractor), Timothy Renner (Stone Breath) and Nicole Votta. Drifting, minimalistic ambiances are overlaid by The Floating World's signature flutes, combining to weave soundscapes that are as dreamlike as they are melancholic.