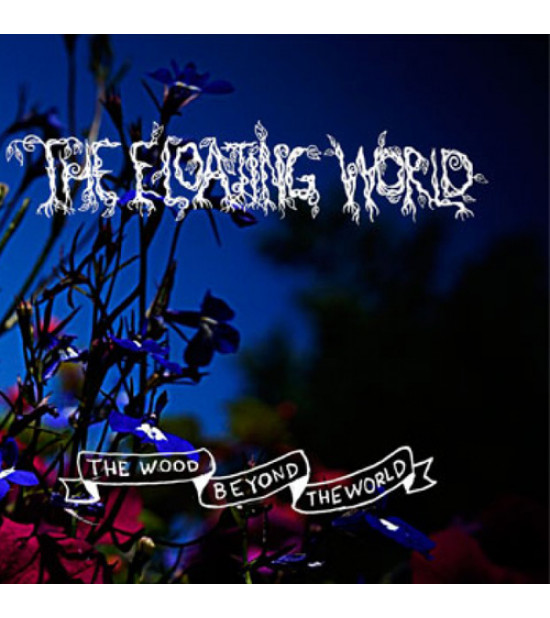 The Floating World – The Wood Beyond The World

The Japanese term 'ukiyo', translated as 'the floating world', was used to describe the pleasure seeking urban culture of Edo Japan. When alternatively rendered as 'sorrowful world' the term took on Buddhist connotations. indicating the transitory nature of human experience, the ephemerality of existence. These seemingly opposed yet sympathetic concepts have always heavily informed the music of The Floating World and each album has been created with these as central themes. Named for a novel by William Morris 'The Wood Beyond The World is The Floating Worlds' latest album and an attempt to capture the journey from the mundane to the illusory made by the novel's protagonist - a journey that reflects the hunt for the temporal and intangible the bands name intimates.

With the addition of Neddal Ayad (guitar; Desolation Singers/Great Attractor) and Grey Malkin (drones, bells,piano; The Hare and the Moon), as full members who have brought additional nuance to the music, this ambition is more fully realised. Amandas' delicate, melancholy flute parts now weave in and out of Neddai's hazy guitar and Greys' eerie and dissonant accompaniments - the whole underpinned by various rough field recordings used to compliment and counterpoint the music. Roy Felps (Korperschwache) also guests on the album, adding drifting acoustic guitar to a song.

Amanda has also collaborated with Lacus Somniorum, New Risen Throne, Far Black Furlong, Dodson and Fog, The Joy Of Nature and The Hare and the Moon. She and Neddai have another band together, Secrets To The Sea, as well. Released as part of our Eclipse series.

1. In A Land Of Silver Rain
2. Amidst The Wild Wood
3. An Omen Of Song Comes With The Wind
4. Where You Wait
5. Beneath The Desert Solitude Of The Sky
6. To Lay Flowers At His Feet
7. Stars And Gleaming Leaves
8. As Ghosts Are Said To Do

The Floating World - The Wood Beyond The World (excerpt)