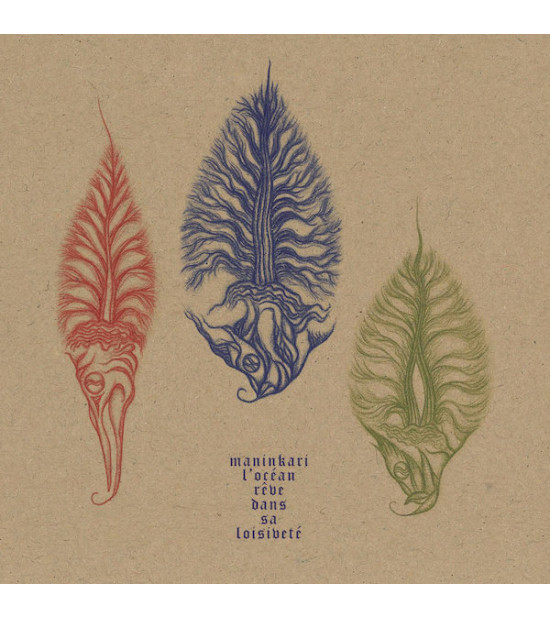 Three years after the release of "Continuum Sonore Part 7>14" back in 2014, the remarkable French duo Maninkari returns to Zoharum catalogue with their new offering. Just like the title says, the new album is a continuation of the recordings entitled "L'Océan Rêve Dans Sa Loisiveté". Once again, the duo proves that they are unmatched in creating unbelievable and unclassifiable sound texture.

"L'Océan Rêve Dans Sa Loisiveté, Second Session" is much based on improvisation and leaves room for more melodies, especially for viola, the resonances of the bodhran and its repetitive rhythms gives access to a form of trance and have a character of composition. This album with the subjective title transports us in a frenetic universe where the sea mother of idleness reigns in all power, land and sea form a vibrant balance. The voluntary control of certain melodies is felt through cymbalom and santoor and sharp long ethereal resonances. The voluntary reverberation of certain instruments resounds like a dream prayer.

The album was mastered and the cover was designed by Maninkari. The whole production process was overseen by Michał Porwet.

The CD is housed in an ecopak sleeve and is strictly limited to 300 copies.