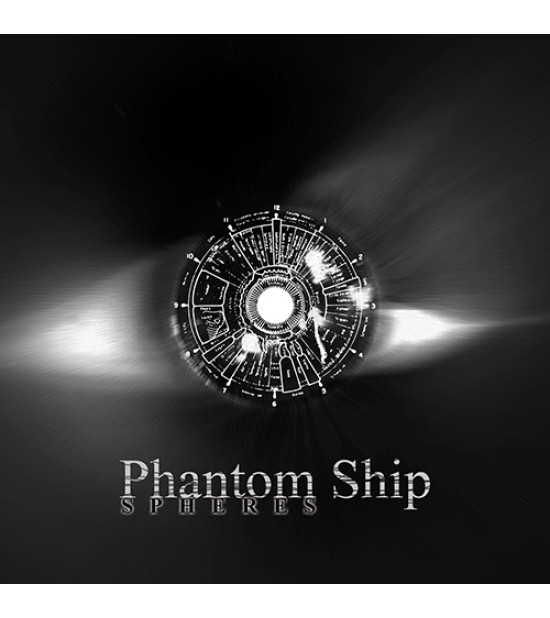 Here at Winter-Light, we have been a follower of Phantom Ship for quite some time now. So we are extremely happy to announce that the second release on the Winter-Light label is that of 'Spheres' by Phantom Ship.

'Spheres' is the third studio album from Italy's Phantom Ship, following on from the self-released I.G.N.O.T.O. , in 2012. As with the previous releases, one gets the feeling when listening to 'Spheres' of being a passenger. A passenger aboard this vast, ghostly vessel that eerily glides through the galaxy, or across the thoughts and expanses of the inner mind; equally just as distant. Aboard this vessel, you become an observer. A witness to the might, power and wonders of the universe. A coming together of great forces; clashes between energies of immeasurable magnitude, such as on the track 'Orbiting Iron Spheres'. On this offering, quite possibly his best to date, we are treated to 6-tracks of symphonic and celestial awe. The universe is indeed a haunted house and Phantom Ship is one of its bigger spectres.

In the words of the artist himself - "'Spheres' is inspired by the eternal dialogue between the inner and the outer sphere of the human psyche."

"The hidden harmony is better than the visible" - Heraclitus Of Ephesus

The sounds were forged by Roberto Faloci at the Port of Shadows Studio, Perugia, Italy in the Winter of 2013/14. All tracks have been mastered by Peter Andersson of Raison D'Etre. The front cover design and original art concept was conceived by Roberto Faloci. The artwork and layout was produced by Midnight Sun Studio, as well as the promotional video.

This professionally factory produced CD-r comes in a beautiful 6-panel digipack. 6 tracks with a total running time of 45:30 mins. The release is strictly limited to 150 copies.

“Spheres” is released by Winter Light from The Netherlands and it seems that we have another label that is worth keeping on our radar in the future, especially since the other albums published under their flag maintain the same level until now."