Zoharum is again continuing its quest to re-issue gems past and present including past works from this 1980's underground act - Hybryds. The third instalment in this series is the extended 2CD release of their first CD album 'Music For Rituals'.

Sandy Nys talsk about the album: "The music was like the first tape release, made in different places with different people on a 4-track Tascam cassette recorder. I also started making mail art music with musicians from far away in the world (no Internet back then) sending back music on cassette tape which I then used in compositions. In this music, Yasnala and her cello + voice became prominent as we started working together. The rarities CD contains some stuff which I did with Alpha Project aka Mark Burghgraeve (Somnambulist, Mibryo, Klinik etc....).

The album is released as a double CD and limited to 500 copies. 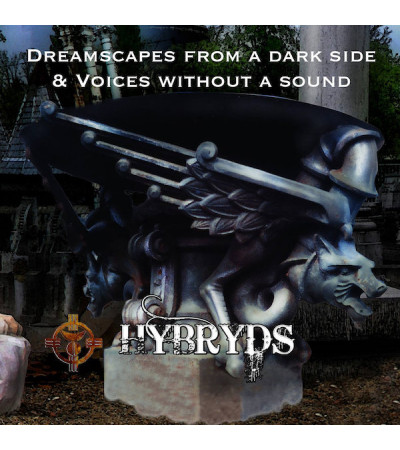 Hybryds - Dreamscapes From a Dark Side / Voices Without a Sound

HYBRYDS 'The next volume in Hybryds reissue programme is a double CD collecting two albums: "Dreamsc..
€13.00 €17.00